This is the second blog post about machine learning strategy. It is about human-level performance, bias and variance (tradeoff) and how to improve your algorithm iteratively. 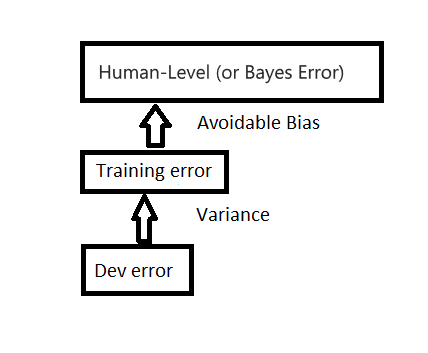 Following things can be done in the error analysis:

Example for image classification with cats:

→ „Build your first system quickly, then iterate to improve it“

→ In most cases data scientists build too complex procedures/algorithms than too simple ones, so think about the complexity of the machine learning system that you have built.

In the next blog post I will talk about what to do with different distribution in the train/dev/test set, how to learn with multiple tasks and advantages and disadvantages of end-to-end learning.

This blog post is partly based on information that is contained in a tutorial about deep learning on coursera.org that I took recently. Hence, a lot of credit for this post goes to Andrew Ng that held this tutorial.